The U.S. Supreme Court has denied the request for expedited review of the U.S. Court of Appeals decision in U.S. v. Texas.

This is the case in which the lower court ruled, and the court of appeals affirmed, that the individual mandate is unconstitutional after Congress zeroed out the associated penalty in the Tax Cuts and Jobs Act of 2017.

This decision was not surprising to me and certainly seemed like the correct legal ruling, despite the fact that I don’t like the outcome.

That is the lower court’s decision that because the individual mandate is so integral to the rest of the ACA, it cannot simply be removed from the law, but rather the entire ACA must be struck down.

I fully expect the lower court judge to conclude that at least the guaranteed issue and community rating provisions of the ACA must be struck. There is enough of a connection that the judge could also decide to strike the provision that children may stay on their parent’s policy until age 26.

All of these are very popular provisions with voters. If they are struck down, we will return to the days of people being denied insurance coverage for their pre-existing conditions or charged significantly more for that coverage.

Given the decision by the Supreme Court not to provide expedited review, this case will not be resolved by the 2020 elections. Most likely, we won’t see a new opinion from the lower court until the end of the year or sometime next year, and then that decision is certain to be appealed to the Fifth Circuit again. I can’t imagine the Supreme Court would hear this case, even if it granted the appeal, before 2021 or 2022.

I’ve written about this case in a number of prior blog posts and will be providing more information soon; stay tuned! 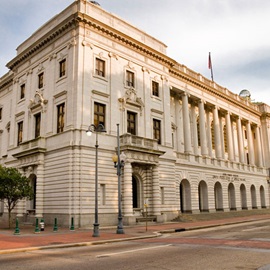 With Fifth Circuit ruling, the ACA lives to fight another day