With Fifth Circuit ruling, the ACA lives to fight another day

While Americans were absorbing the historic impeachment of a U.S. president, the U.S. Court of Appeals for the Fifth Circuit issued an opinion in the most important health-care legal case in the past seven years.

I have written about this important case a number of times. The case is State of Texas, et al v. United States of America, et al. It is a more recent challenge to the constitutionality of the Patient Protection and Affordable Care Act (“ACA”) based on the fact that Congress eliminated the tax penalty associated with the individual mandate (the requirement in the ACA that everyone, except those who meet certain exceptions, enroll in ACA-compliant health care coverage) in its 2017 Tax Cuts and Jobs Act.

At the time, Congress believed that if they were going to require insurance companies to comply with guaranteed issue and community rating, it would be important to require everyone to purchase ACA-compliant health care coverage to ensure that the risk pool for insurers had enough healthy, low-cost individuals with insurance to offset the increased costs of providing coverage for those with pre-existing conditions, as well as to prevent healthy individuals from going without insurance until they developed an illness or injury and then purchasing insurance at a time when the insurance company could not deny them. This accounts for the individual mandate. To give the individual mandate teeth, Congress provided for a penalty to be paid to the IRS for those who did not have ACA-compliant insurance coverage.

So while the United States Congress is vested with the rights to enact legislation, it must have an enumerated power that authorizes it to pass each and every statute and provision of a statute that it enacts into law.

In 2012, the U.S. Supreme Court heard the first and most important challenge to the constitutionality of the ACA. At the heart of that case was the assertion that the U.S. Congress had exceeded its authority in enacting a requirement that people purchase health insurance or pay a penalty. The Supreme Court examined the powers granted to Congress by the Constitution to determine whether Congress had the authority to pass this requirement into law.

The most obvious power granted to Congress that might apply here is the commerce power, the power to regulate interstate commerce. Because insurance is a product that impacts interstate commerce, those defending the constitutionality of the ACA were able to argue that this power allowed Congress to force Americans to purchase health-care insurance or pay a penalty.

Those defending the constitutionality of the ACA then asserted that the “necessary and proper” clause of the U.S. Constitution would allow Congress to impose the requirement. The court shot this argument down as well, but said it would interpret the individual mandate as a choice between purchasing insurance or paying a penalty (as opposed to a bare command to purchase insurance), and the penalty for failing to comply with the individual mandate as a tax, which could be upheld as a valid exercise of Congress’ authority under the taxing power. Key to the court’s opinion that the penalty could be considered a tax was the fact that the penalty would generate some revenue for the federal government.

Judicial procedure then came into play. Once a judge rules a part of the law unconstitutional, the decision to be made is whether that portion of the law can be removed (severed) to preserve the constitutionality of the remainder of the law. In this case, the lower court judge determined that the individual mandate was so integral to the rest of the ACA that the entire ACA would have to be struck down.

Here, let me remind readers of the implications of the ACA being struck down. Pre-ACA, insurers could deny coverage to those with pre-existing conditions; CMS has estimated that between 19 percent and 50 percent of non-elderly Americans could be denied insurance coverage based on pre-existing conditions. If people could get coverage, it would be after underwriting by the insurance company and an adjustment to the premium, making insurance unaffordable for many.

Adult children under the age of 26 would no longer be guaranteed coverage under their parent’s health plan. The public insurance exchanges where people can shop for insurance online would go away. With that, the advance premium tax credits and subsidies that help lower income individuals and families purchase health insurance would go away. Federal funding for Medicaid expansion would stop. Idaho voters who fought so hard for Medicaid expansion in our state would see it end before it began; the expansion that begins next month would come to an end.

Which brings us to the current ruling. My prediction was that the Fifth Circuit would affirm the ruling that the individual mandate is unconstitutional (and it did), but that it would overturn the judge’s decision that the individual mandate could not be severed from the rest of the ACA and therefore, the entire ACA would not be struck down (I was close, but this did not happen).

The decision by the Fifth Circuit was a decision of a panel of three judges, which is customarily how these cases are handled. The ruling was 2-1. The two judges in the majority were appointed by Republican presidents and the dissenting opinion came from the judge appointed by a Democratic president.

The court concurred with the lower court judge that, given the fact that the penalty was reduced to zero, it could no longer be considered a tax and therefore, given the Supreme Court’s previous holding that the bare command to purchase insurance could not be justified by any other constitutional power, the individual mandate is unconstitutional.

The real nail-bitter was whether the court would agree with the lower court judge and rule the entire ACA unconstitutional, or whether the court would overrule the judge and indicate that only the individual mandate, or perhaps the individual mandate and those portions of the law that it is integrally connected to (guaranteed issue and community rating), would need to be struck down and would leave the remainder of the ACA standing.

Rather than deciding this issue, the court ruled that the lower court judge had not given the required scrutiny to each provision, category or section of the ACA to make a determination whether the individual mandate was integral to its purpose and function and so could not properly support his decision to strike down the entire ACA.

The court did not rule out that after the required scrutiny, the judge might come to the same conclusion, but indicated it could not affirm the judge’s decision without this degree of review. Reading between the lines, the court seems to suggest that it may be skeptical that provisions of the ACA, such as that that requires restaurants to post menu information with the nutritional value of its food, really have much connection to the individual mandate.

Overall, the decision is what I expected and is good news for the most part for those of us who do not want to see health care in the U.S. suddenly uprooted, especially when none of the politicians in Washington, D.C., appear to have a better solution. While I had hoped that the court would overrule the decision to strike down the entire ACA, its decision to remand the case back to the judge with instructions to go through the entire 900-page law to review its individual provisions is likely to result in the same outcome, but just take a whole lot longer.

The reviewing courts could determine that while the entire ACA should not be struck down, if the individual mandate goes, so should the guaranteed issue and community rating provisions. This would be very bad for up to half of Americans under the age of 65.

I believe there would be good reason under a severability analysis for the courts to conclude that only the individual mandate needs to be struck and the guaranteed issue and community rating provisions can survive, but I am not confident the courts will come to this conclusion.

I also think that our current political situation is so polarized that Congress cannot and will not develop a new law that will protect guaranteed issue and community rating that could be implemented before or at the time a final appeal might result in those provisions being struck down. This would be an ironic turn of events; Republicans who have worked to overturn the ACA for political gain could face a backlash when their base discovers that they no longer have the very popular guaranteed issue and community rating protections, and they could pay a political price for that consequence.

This remains a very important case to watch. Stay tuned! 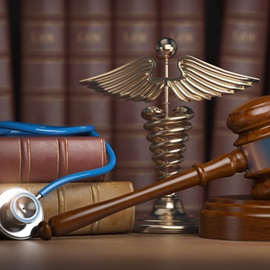 St. Luke’s Dr. David Pate on the most important health law case of the year: surprises, predictions and what could happen

The legal case you need to know about

With Texas ruling, the ACA’s up for grabs – again

Is this little-noticed case the downfall of the ACA?