This week and next, I’m taking the opportunity to look back at my predictions for this past year, predictions made near the end of 2018, to see how I fared, grading myself on my predictions and giving a sense of where I think things will go in 2020:

For 2019, I predicted, “Given the Democrats’ control of the House, the only changes the Trump administration can make to the ACA, other than those that would have support from the Democrats, are those that the administration can make under their rule-making authority. I don’t expect to see any significant changes to the ACA in the next two years, unless the ruling in Texas v. United States is upheld on appeal.”

This prediction has proven to be true. Trump administration efforts in this area have been mostly rule-making and waiver requests for such things as allowing states to impose work requirements on their expanded Medicaid populations. Despite all the bravado, the administration has little to show in the form of improved access to care and lower costs of care, and has especially failed in its pledge to reduce medication costs.

We are still awaiting a decision from the U.S. Court of Appeals for the Fifth Circuit in the case of Texas v. United States. In that case, a lower court ruled the entire Affordable Care Act (“ACA”) unconstitutional and invalid upon its determination that Congress’ reduction of the individual mandate penalty to zero now meant that the penalty could no longer be considered a tax.

The top issue for most voters right now is the cost of health care, and as we approach a presidential election, I would expect the Trump administration to try to do something – likely around drug prices, for which it can claim a win.

Still, little will happen, and voters will go to the polls realizing that Republicans have done little to address health care (and perhaps made it worse – see below) and uncertain as to whether Democratic plans can be passed into law, whether we could afford them if so and whether they might result in a heavy tax burden.

Here is what I said about “Medicare for all” in my 2019 predictions:

“’Medicare for all,’ the idea of a publicly funded, single-payer health insurance program for all Americans, has been championed by progressive Democrats. Public support for such a program has been growing and has reached majorities in both parties, though support significantly drops off, especially among Republicans, when the discussion turns to payment for this through new and increased taxes.

“Political support for ‘Medicare for all’ is picking up steam, given that health care was the single most important issue for voters and Democrats gained the largest pick-up of Congressional seats since Watergate. It has been particularly fascinating to me that ‘Medicare for all’ supporters also won elections in swing districts and traditionally conservative states.

“Despite the growing support, there is no chance that ‘Medicare for all’ will come to pass in the next two years. President Trump would veto it, even if it could get enough support in the Senate, which is highly unlikely. We might see the House try to pass a ‘Medicare for all’ bill to get Republicans to vote against it in the face of increasing public support in anticipation of the 2020 races.”

All of what I said in 2018 about 2019 proved true. ‘Medicare for all’ bills in various permutations have been introduced in the House, but none have come to a vote. There was a hearing in the House on ‘Medicare for all,’ but concerns about funding it, increased taxes that could extend to the middle class and misplaced concerns that people do not want to give up their employer-provided insurance have caused many Democrats, who at first wanted all their constituents to know they favored ‘Medicare for all’ to distance themselves from the idea.

What are my predictions for 2020? I don’t expect much to change. Health-care affordability continues to poll as one of the top issues for voters. The Republicans have done little to address this issue other than to change the rules about short-term insurance plans (more about this below). Democrats would seem to have the clear advantage here, but they are repeatedly screwing up the message.

Democratic presidential candidates first came at this issue as one of coverage. Big mistake. There is a difference between coverage and affordability. Yes, coverage certainly is an issue for many, but it’s not the primary issue for most of their likely voters. They have compounded this mistake by going so far as to rally around extending coverage to undocumented people.

As a health-care provider who cares for undocumented people, often without payment, I would be pleased with measures that extend coverage. That said, it is a mistake for candidates to tout this coverage when so many of their base feel that they cannot afford the coverage they have.

They also have made a fundamental misjudgment in saying that the plan was to eliminate private health insurance. Health insurance is not unlike Congress itself. Americans hold a low opinion of Congress, but tend to like their own senators and representatives much more. Similarly, Americans dislike health insurance companies in general, but like their own insurer—and what they really like is access to the physicians and hospitals they want. Their current insurance provides for that, in most cases.

What Americans do not like is their premiums, deductibles, co-pays and co-insurance, and even more than this, denials from insurance companies. The message, accordingly, might better have been that under ‘Medicare for all,’ you can see any doctor or go to any hospital you want AND your premiums, deductibles and other out-of-pocket costs will be far less. It is understandable that Democrats were wary of repeating President Obama’s gaffe when he said, “If you like your doctor, you can keep your doctor,” but there was a great opportunity to distinguish these plans from the ACA.

My prediction for 2020? The Democratic presidential candidates, other than Sens. Bernie Sanders and Elizabeth Warren, will coalesce around a plan for a public option. A public option is the offering of a public health plan with regulated benefits and costs that would compete alongside private health insurance coverage.

This is smart because it really is progressive, which appears be necessary to rally the Democratic base, but appears to be moderate. It is progressive because the public option has a significant competitive advantage compared with private insurance plans – the reimbursement rates to providers are lower than commercial plans because government rates are not negotiated, and public plans operate with far less overhead costs, so they can be offered at a significant premium advantage compared with private plans.

The result is that significant and growing enrollment can be expected as costs increase in the private market, especially if employers continue to shift costs to their employees through higher premiums and deductibles. Of course, all of this depends upon how the public option is set up. The least market disruption is created if eligibility for the public option is limited to the currently uninsured and those who are covered by employer-sponsored insurance are ineligible. On the other hand, the greatest disruption would be if the public option is available to everyone. There are various ways it could be structured between these two extremes.

Because the public option is voluntary, it appears to be very moderate, but again, the lower cost structure allows the public plans a significant competitive advantage over private insurance plans. When people realize that their providers of choice participate in the public option plans, you would expect them increasingly to migrate to these plans if eligibility requirements permit.

If Democrats can make the affordability argument more clearly, they may have a significant advantage. Republicans, however, have counter-messaging. President Trump’s labeling of Democrats as socialists will certainly harden the Republican base against ‘Medicare for all’ and, perhaps, the public option. Of course, these are not the people who are going to potentially vote for a Democratic candidate. Republicans could talk about the number of hospital closures and physicians likely to leave practice under ‘Medicare for all’ or the public option and get voters worried that their local hospital and physicians may close up shop. Together, with intense lobbying from the national insurance associations, this concern will probably create enough concern to defeat Democrats’ efforts.

When voters go to the polls next year, health-care affordability will be on their minds. However, it may well be that voters don’t think either party has the answers (They don’t, but that is probably for another post!)

“Proposition 2 passed by popular vote last month in Idaho, but there remain two threats to Medicaid expansion in Idaho.

“One is whether the Legislature will vote to overturn the law or refuse to fund it. I predict that neither will happen. Prop. 2 won by a pretty clear margin. I think that lawmakers will realize and respect that the vote represents the will of the people. I do believe that lawmakers will fund the expansion, as I think they will believe it is their responsibility to the people to do so.

“There is some concern that Idaho may seek to implement work requirements as some other states have, but I think that while the Legislature will look at this, they will realize that putting a process in place to monitor work status is expensive and will add to the bureaucracy of government and ultimately decide against it.

The other threat is a constitutional legal challenge to the law that will be heard by the Idaho Supreme Court early in 2019. I predict that the challenge will fail, and the Supreme Court will uphold the validity of the law.”

How did I do? I gave myself a C. I did get it right that the Idaho Legislature would not vote to overturn Medicaid expansion, nor would they refuse to fund it. I got it wrong when I predicted that the Legislature would not favor increasing the costs of administering the Medicaid program or adding to the bureaucracy of government by enacting work requirements for the expansion population. I didn’t even see coming some of the other bad “guardrails” the Legislature imposed on the program.

My other 2020 predictions for Medicaid expansion?

The state will resubmit its waiver request that those eligible for Medicaid expansion who earn more than 100 percent of the federal poverty level be allowed to remain on the public insurance exchange, and it will again be denied.

The state has submitted another waiver request that would require that women seek a referral from their primary care physician for family planning services. I predict that the Trump administration will deny this waiver request, as it, too, seems unlikely to survive a legal challenge. If the administration does approve it, this will be a second costly lawsuit that the state will have to defend, with almost no chance of winning. 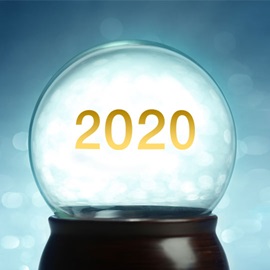