Republicans created the American Health Care Act (“AHCA”) as their effort to “repeal and replace” the Affordable Care Act and I have written about that previously here.

Prospects of passage faded, however, and the bill was withdrawn from a possible vote when it became clear that there were not enough votes to pass the bill, especially with the conservative Freedom Caucus refusing to support it.

Hopes to revive the AHCA have materialized with an amendment sponsored by Rep. Tom MacArthur (R-N.J.).

This amendment is significant, because the challenge that has thus far vexed the Republican party is that changes to the bill that address the concerns of moderates jeopardize the votes of the conservatives, and vice versa.

MacArthur, one of the three co-chairmen of the Tuesday Group of Republican moderates, worked out the amendment with Freedom Caucus chairman Mark Meadows (R-N.C.), suggesting that this bill may hit the right balance to attain the votes of both moderates and conservatives and thus the required number of votes to pass the bill, despite unanimous Democrat opposition.

Thus far, the Freedom Caucus has pledged its support of the amendment, ensuring that at least 80 percent of its members will vote for passage. It is unclear whether a sufficient number of the moderates will join in support of this amendment. And to the extent they have reservations about supporting the amendment, moderate Republicans have every reason to be concerned.

The MacArthur amendment allows states to seek waivers to opt out of three of the ACA’s insurance reforms.

States can seek a waiver from the ACA’s age rating band of 3:1 (i.e., older policy holders cannot be charged more than three times the premium of that for the youngest members) in order to increase it. Actuaries indicate that the oldest insured members of the population cost almost five times the cost to insure the youngest insureds.

The ACA, in limiting the age rating band to 3:1, artificially increased the premiums for the young and mostly healthy and significantly decreased the premiums for older individuals, who are much more likely to have one or more chronic diseases. Increasing the age band to 4:1 or 5:1 would lower insurance premiums for the young and healthy whom insurers are trying to attract, at the same time significantly driving up premiums for older individuals. Insurance costs for them could become unaffordable, which might cause them to lose coverage at a time in their lives when they need it the most.

Democrats believe these essential health benefits assure that people have adequate coverage for unforeseen health problems and for the medical illnesses of older individuals, and Republicans believe these mandated benefits merely serve to raise the cost of insurance and provide individuals with coverage that the federal government sees as best for them, rather than allowing individuals to purchase insurance that is right for them.

States that are granted waivers would be able to reduce the essential health benefits, making insurance plans for younger individuals who may think they do not need so much coverage less expensive, but at the same time, driving up the premium costs for more comprehensive coverage that is likely to be appealing to those with chronic illnesses, if insurers would offer that level of coverage at all.

States can seek a waiver to eliminate the requirement for community rating so long as they have established a high risk pool. The idea is to allow insurers to use medical underwriting to set the premiums for those who have not maintained continuous coverage.

I believe this is intended to deter individuals from going for periods of time without insurance coverage, but it is the group of people who are already most incentivized to maintain coverage and most susceptible to the harms of medical underwriting – those with chronic illnesses – who may have periods of time during which they cannot work and may not maintain employer-sponsored insurance coverage that will be most significantly impacted by this waiver.

Republicans would assert that this is why there is the requirement for the high risk pool, so that these individuals can then be covered by the pool, but have dedicated insufficient funding to support these risk pools. The consequence may be lengthy waiting periods to get coverage, exclusions from coverage for the pre-existing illness and unaffordable premiums, deductibles and co-pays.

The MacArthur amendment indicates that states seeking a waiver from the community rating rules or the essential health benefit requirements are required to specify how the waiver would provide for any one or more of the following:

There is significant potential for these waivers to destabilize markets and cause premiums for those with pre-existing conditions to skyrocket. I believe is it critical that the market and premiums both be stabilized before states could be granted a waiver.

The CBO indicated that as many as 24 million people would lose their insurance coverage under the AHCA. I do not see anything in the MacArthur amendment that would make me think fewer people will become uninsured. I hope that Republicans will seek a new CBO analysis before they vote on the AHCA with the amendment.

These payments to insurance companies that help those individuals and families at less than 250 percent of the federal poverty level with reduced deductibles and co-pays are critical to stabilizing the insurance marketplace and preventing insurers from exiting the exchanges.

This would require an appropriation by Congress and thus far, Republicans have not included this in their budget or in any of the health care legislation. I feel strongly that Congress needs to pass this appropriation to ensure that millions of people can continue to have affordable health insurance coverage. 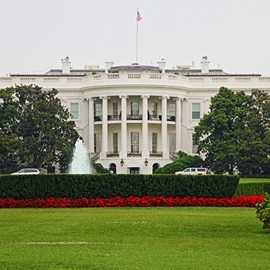