Sometimes, the inspiration to be charitable can come from unexpected places.

Hughes had a triple bypass in 2001 in Portland, and the story hit home.

“With my experience, I kind of realized that it was a good time in life for me and my wife (Gloria) to find a way to help the work St. Luke’s is doing in the heart health area,” Hughes said.

Initially, the 75-year-old Hughes wanted to provide AEDs around the Treasure Valley, but after a few phone calls, opted to make a first-time donation to help immediately. He and Gloria gave $500 to the cardiac rehab program.

The couple retired to Meridian a few years ago after Ron spent his career in radio in eastern Oregon. When they moved to the area, they did not have a regular doctor. And with his heart history, Hughes wanted to find the best support he could.

Speaking from Arizona, where he and Gloria are spending the winter, Hughes said the couple plans to continue to donate to St. Luke’s heart health efforts.

“I feel absolutely wonderful about it,” Hughes said. 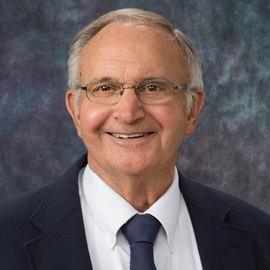