Don’t say the word “can’t” around Travis Mills and expect to get away with it.

United States Army Staff Sergeant Mills was just 25 when he survived the blast of an IED (improvised explosive device) while on patrol in Afghanistan. Mills, now 29, lost portions of both arms and both legs and is one of five quadruple amputees from the wars in Iraq and Afghanistan who have survived such extensive injuries.

In the days following the explosion, Mills struggled to come to terms with his injuries. But he reached a turning point when thought about his wife and infant daughter and realized they were counting on him to not only survive, but thrive.

“About two weeks after my explosion I said, ‘Ok let’s do this,’” Mills recalled.

Mills hasn’t slowed down since that moment in the hospital. He spent up to eight hours each day working out to rehabilitate his body after the explosion.

“I decided my workouts would be like my new job,” he said.

He later wrote a book, “Tough as They Come,” to share his story, and his life is also the focus of the documentary film “Travis: A Soldier’s Story.” He founded the Travis Mills Foundation to support combat-injured veterans, which includes a retreat that offers adaptive sports. Whether he is visiting combat-injured veterans in the hospital or talking with them at a retreat, Mills aims to prove there aren’t limits to what they can do. It’s about finding a new way to do something.

His motto is “Never give up. Never quit.”

Mills, who is also widely known as a motivational speaker, comes to Boise on January 25 to share his story in a free event sponsored by St. Luke’s Urology. Four St. Luke’s urologists are veterans, including Dr. Kara Taggart, a Navy veteran who had listened to Mills’ audiobook. Dr. Taggart talked with others in the urology group and suggested they invite Mills here to speak.

“What motivated him to move forward and get care was his desire to be there for his family,” said St. Luke’s Urologist Robert Jackson. “And that’s how we want to approach men’s health.” 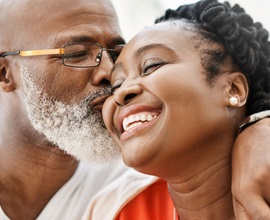 Diagnosis and treatment of male and female genitourinary disorders, diseases, and related conditions.