Why You Shouldn’t Spank Your Kids

May 12, 2014
Many people know that physical punishment, as a form of discipline, is actually effective. It stops the unwanted behavior temporarily. But it is simply not worth doing.


There are many unwanted effects to spanking as a form of discipline:

For physicians: As part of the well visit in the early years, remember to ask your families what forms of discipline they use. If they mention spanking or hitting, then please share this information with them.

Based on a lecture by Barbara Howard, MD 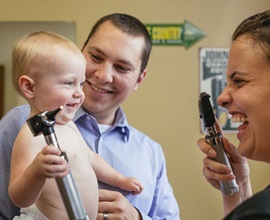