For the latest coronavirus care instructions and resources, please call our COVID-19 hotline at 208-381-9500. Find additional information and resources here and learn more about how we're working to keep you healthy and safe.

The Light of Philanthropy Award is given annually to individuals who reflect the spirit and philanthropic leadership of the late Ralph J. Comstock, Jr., demonstrating remarkable qualities in leadership, philanthropy, and humanitarianism benefiting St. Luke's and other worthy community charities.

Each year, the award recipients are honored at the St. Luke’s Ball. 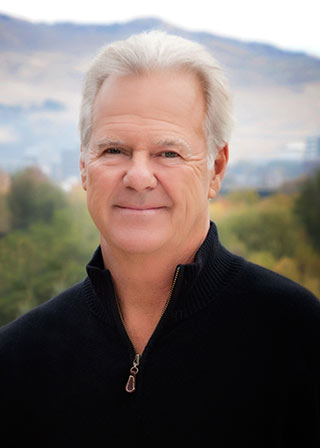 St. Luke's Health Foundation is proud to present the 2019 Light of Philanthropy Award to John Jackson in recognition of his dedicated service and enduring commitment to advancing philanthropic and humanitarian causes to benefit our community.

John Jackson is an admired member of the Treasure Valley community and exemplifies leadership, humanitarianism, and philanthropy in his professional and personal life.

The son of Dale and Gypsy Jackson, John grew up in Homedale, Idaho. In 1975, while a junior at Boise State University studying accounting, John launched his business with a single service station in Caldwell. Today, John's Meridian-based company has grown to more than 250 locations in six states and employs more than 3,000 people, making Jacksons one of the largest privately held companies in Idaho.

John is passionately committed to his hometown of Homedale and has made a lasting impact supporting local schools, sport facilities, and the library, to name a few.

John's passion for business and our great state has been shared with his sons Cory and Jeff, who work side by side with their father to advance the Jacksons brand and continue his legacy. John is a humble and visionary leader who makes Boise a better place.

While living in Utah, Ralph met Bernice (Bee) Broomfield, who became his wife of more than 50 years. Together, Ralph and Bee raised three children, Ralph, Robert, and Christine.

Following a tour of service in the U.S. Army Medical Corps in World War II, Ralph entered the banking industry where he rose to the highest executive office with First Security Bank of Idaho before retiring in 1984.

Ralph was the catalyst for a number of Idaho’s finest civic accomplishments. His most notable philanthropic endeavors were achieved in his service to Boise’s Morrison Center for the Performing Arts, St. Luke’s Mountain States Tumor Institute, and St. Luke’s Boise Medical Center.

A sportsman who enjoyed hunting, fishing, and skiing, Ralph’s heart was as big as the great outdoors. He was a bold man with big ideas, great passion, and tremendous enthusiasm. He died in 1995 after an exemplary career of professional and community service. St. Luke’s is proud to present the annual Light of Philanthropy Award in his honor.

When you give to St. Luke’s Health Foundation, you make an investment in community health. You help us provide the exceptional healthcare the people of our community deserve, ensuring that vital services are available close to home. We encourage you to get involved by making a financial gift, sponsoring or attending events, or volunteering your time.


Learn how you can make a difference