It’s one thing to have an idea that could help others.

It’s quite another to put that idea into action.

Brody Gassen, 14, is in the second camp. Because of that, countless children and their families have benefited from Brody’s idea – and his actions.

Not quite two years ago, Brody was receiving care at the St. Luke’s Children’s Cancer Institute in Boise when he overheard another young patient make a simple request.

“There was a kid there asking whether there were any other Legos he hadn’t done,” Brody said. “After I heard that I decided to go back and donate a few sets.”

That idea has blossomed into Brody’s Bricks, a nonprofit organization run by Brody’s mom, Cindy Gassen.

“I don’t think Brody realizes how big this has gotten and how special it is,” Gassen said. “That one bag of Legos that he handed out that day has turned into something that is all over Idaho now.”

Indeed. Brody’s Bricks continues to donate Lego sets to St. Luke’s Children’s, but it also has set up donations for Idaho’s Ronald McDonald Houses and a partnership with BMX tracks throughout the state.

Brody, who is an avid and accomplished BMX racer, was treated at St. Luke’s Children’s for complications he suffered after getting COVID.

“Brody was never diagnosed with cancer,” Gassen said. “But he’s been dealing with health issues most of his life.”

Still, Brody is active and engaged, be it on his bike or with the nonprofit he got going.

“We don’t let his illnesses limit him,” said Gassen, who noted Brody also has dealt with epileptic seizures throughout his young life.

They clearly have not stopped him, as Brody’s Bricks continues to be a force in the community.

“We have ended up partnering with several entities,” Gassen said. “But St. Luke’s Children’s Cancer Institute is still our main focus, because that’s where Brody got his infusions and that’s how it all started.”

Jennifer Browne, a child life assistant at the St. Luke’s Children’s, has watched Brody’s Bricks grow and build – pun not intended – in a short period of time.

“It’s such a wonderful, wonderful organization that they have built,” Browne said. “They’ve been donating Legos all over Idaho, which I think is just so neat. … To create this whole organization is amazing, and we’re just so grateful. I think their nonprofit will continue to grow.”

If it does continue to grow, it will do so in large part because of Brody’s influence.

“He’s that kid who goes to school in his jacket and then comes home freezing,” Gassen said. “So, I’ll ask, ‘Did you forget your coat?’”

Santa will get in on the fun again, helping Brody’s Bricks spread some Christmas joy for kids at St. Luke’s Children’s as Brody’s Bricks holds its second annual event donating Legos for young patients Dec. 21. Parents will certainly have plenty of great photo opportunities.

“Last year, we just kind of threw it together, but this year it will be much more detailed,” Gassen said. “We will have Santa, and possibly his sleigh.”

Whether the sleigh shows up or not, there will definitely be plenty of Legos. 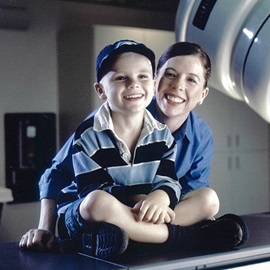